The ideas, the analysis, the predictions, everything fills the pages of Carvalko’s mind

and his latest book, “Conserving Humanity at the Dawn of Posthuman

Technology,” is a provocative case study in this conflict between man and machine— 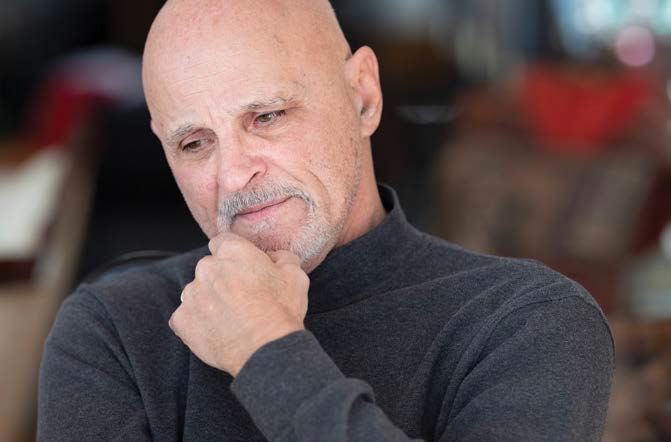 CAN HUMANITY SURVIVE SCIENCE AND TECHNOLOGY?

Imagine a time when the human brain is connected to a
computer network, downloading data quite literally in the
blink of an eye. The potential gain for knowledge is the stuff
of science fiction.

The potential loss for humanity is just as profound, writes
Joseph Carvalko, JD ’80, in a new book, “Conserving Humanity
at the Dawn of Posthuman Technology,” published earlier this
year by Palgrave Macmillan.

Carvalko, an adjunct professor in the School of Law with 16
patents and nine books to his credit, addresses the finer points
and the broader implications of this complex intersection in
his “Law, Science and Technology” class. He teaches students
to think beyond these silos of individual disciplines.

“I want to pass on the idea that when confronted by technology
and science—for example, when dealing with crimes,
personal injury or intellectual property—that these are not
simply elements existing in a vacuum,” Carvalko said, “but
within a framework of justice and equity.”

The technology throttle is already locked into high gear,
he insists. The pace will only grow more frenetic in the future,
so it’s important now to consider the ethical implications of
these advancements.

“We have to be careful not to let technology go uncontrolled
and unchallenged,” said Carvalko, who frames his interdisci-
plinary arguments as a bioethicist, professor, patent attorney,
electrical engineer, jazz musician and author, all rolled into one.
“Who knows what the next modification will affect?” he
said. “Once we start changing genes that alter intelligence, it
will create two disparate classes.”

In other words, those with access to this technology and
those without.

Carvalko classifies this next evolution as Homo futuro, a
human being in transition from a living, breathing organism
to someone born from a digital petri dish.

“Our shared anatomical identity with Homo sapiens will
begin to move into other directions, driving structural
changes,” Carvalko writes. “The computer and its life blood—
software—will create hybrid beings with superior sensory
access and intellect.”

As a member of Yale’s Interdisciplinary Center for Bioethics
and chair of its Technology and Ethics study group, Carvalko
rejects a monochromatic take on the technology versus humanity
debate. He understands the laws of tomorrow won’t
fit neatly into black-and-white arguments. There will be gray
areas influenced by science, property rights, ethics and morality.

“Who actually owns your body?” Carvalko asked, leaning
forward for emphasis. “For example, the placenta and the
umbilical cord have stem cells. Do those stem cells belong to
the mother, the child or whom? What if the newborn’s older
sibling has a genetic disease? Can the mother or anyone else
say the stem cells legally belong to the sibling for therapy?”

These are the questions that require humanity’s attention.
On this particular day, Carvalko is working at his home in
coastal Connecticut surrounded by shelves of books, a baby
grand piano and a sweeping desk facing Long Island Sound.

The ideas, the analysis, the predictions, everything fills the
pages of his mind and his latest book, a provocative case study
in this conflict between man and machine—and their inevitable
melding. And their inevitable misgivings.

But will these new hybrid beings laugh, cry and love, qualities
that have defined humanity for thousands of years?
John Powers, an adjunct professor in the School of Communications,
teaches “Bioethical Issues in the 21st Century.”

He suggests the answer is not so clear. “When we talk about
genetics and designer babies and manipulating genes with
technology, it’s not always coming from a dark place,” Powers
said. “What if we manipulate genes to prevent a hereditary
disease? Think of all the good you could do.”

At the same time, Powers understands gene manipulation
comes with moral and ethical dilemmas, from the augmented
cognition that Carvalko addresses to Garrison Keillor’s fictional
Lake Wobegon, “where all the women are strong, all the men
are good-looking, and all the children are above average.”

The diversity of thought and the diversity of humanity are
at stake when science and technology go unchecked. “Someone
could come along and say they want their child to be athletic
and smart to gain certain social advantages,” he said. “Think
about that for a minute. We already talk about class structure
and access to health care and medicine. Just imagine what it
would be like if some people could afford this technology and
others couldn’t. You’d develop a class of super humans.”

Ultimately, Carvalko and Powers agree, society becomes
the arbiter of how technology is used. “It’s human nature to
explore and advance—we’ve done it since the beginning of
time—but you have to be really thoughtful about the benefits
and the consequences,” Powers said. “The decisions we make
today matter. They’ll impact what happens to us in the future.”

“Conserving Humanity at the Dawn of Posthuman Technology.”

When he’s not writing, Carvalko teaches a class at the School of Law.