Fifty-six years ago, this weekend, we repeatedly crossed and traveled over a Dallas route with a presidential motorcade that showed President John F. Kennedy’s head unnaturally convulse forward and then jerk backward as slugs from a “lone gunman’s” rifle recoiled to change our lives and the course of world politics with less than a few grains of gun powder. Kennedy died at the Parkman Hospital in Dallas, November 22, 1963. The episode seared itself into our bones. Commissions would convene to investigate, research, marshal facts, debate, hypothesize and never satisfy many of us as to what happened. As we know the madness of that era did not end there.

The attached picture was shot in January 1957, at the U.S. Senate Select Committee on Labor and Management Practices, where a young Robert Kennedy and a ruthless opportunist named Roy Cohen, as its counsel, found evidence of corruption, in the powerful Teamsters Union causing the new AFL-CIO to expel them. My father, representing the AFL-CIO (the fellow in the open-necked shirt in a conversation with Senator John Kennedy) was in Washington to attend the hearings. In the discussion he found time to express his concern that too much of the committee’s effort was being spent on investigating crime and not enough on the bread and butter issues, such as fighting against state’s right-to-work laws, or banning the union shop. 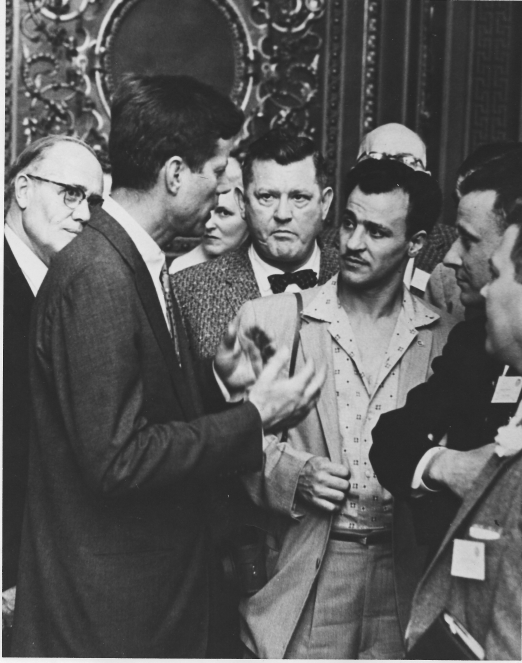