THE PRINTS MOUNTED IN THE GALLERY 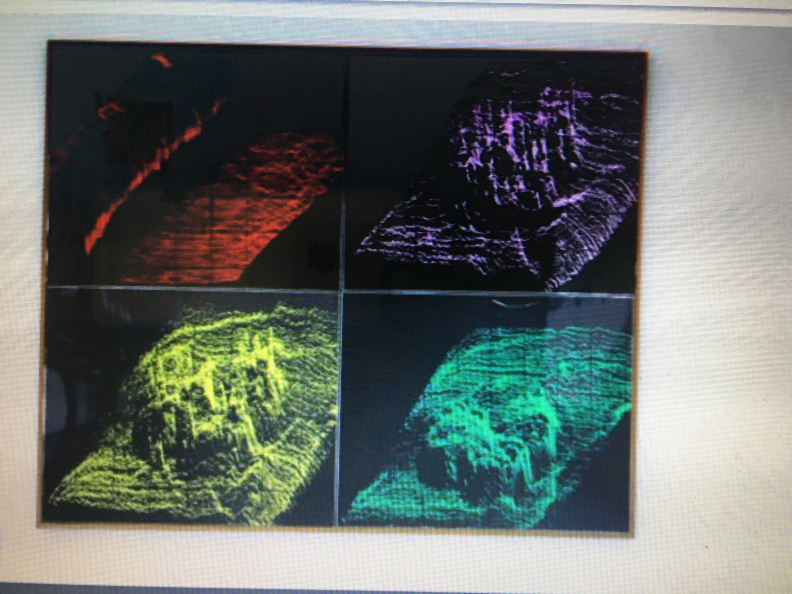 I solved the mystery of where four photos I’d taken in 1969 traveled over the last 50 years. The photos were of white blood cells. What made them special were that the cells were dosed with a radioactive tracer, which under a scanning microscope, with monochromatic light, were among the first to be seen as contourograph displays, giving them a 3-D quality. All right, so much for what they were. Following the experiment, a colleague and I published an article in a scientific journal with the black and white photos. The pictures were then copied (without permission), by Craig Kaufman, a well-known artist, who colorized them according to the colors reported in the article. The pictures were then made into color lithographs, 21 x 26 inches. They were purchased by the John B. Turner Fund and then began a tour of the US beginning with an exhibit at the MoMA-Museum of Modern Art in New York. I’d heard about this many years ago, but was unable to find the prints, and assumed that it probably did not amount to much. Recently, I located them at Cirrus Gallery, Los Angeles, which for over 50 years has exhibit works by Craig Kauffman as well as Lita Albuquerque, Mark Bradford, Matthew Brannon, , John Mason, Eve Sonneman, Mary Weatherford, and Jonas Wood. Below I’ve copied a page from the journal article with the original photos, and juxtaposed the article with the misappropriated photos pasted into the article to show the comparison. I also found a news letter that explains the original report of the lithographs ending up at MoMA. Life is a hoot.

PAGE FROM THE SCIENCE JOURNAL 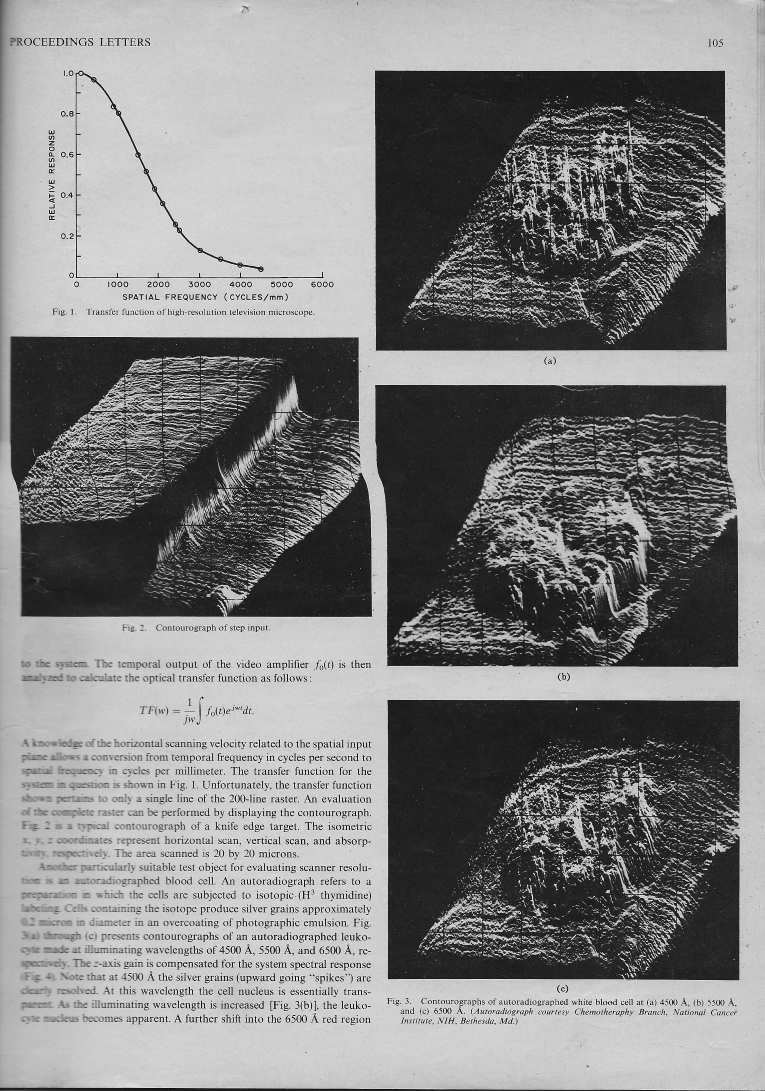 PAGE FROM THE SCIENCE JOURNAL WITH THE PURLOINED COPIES 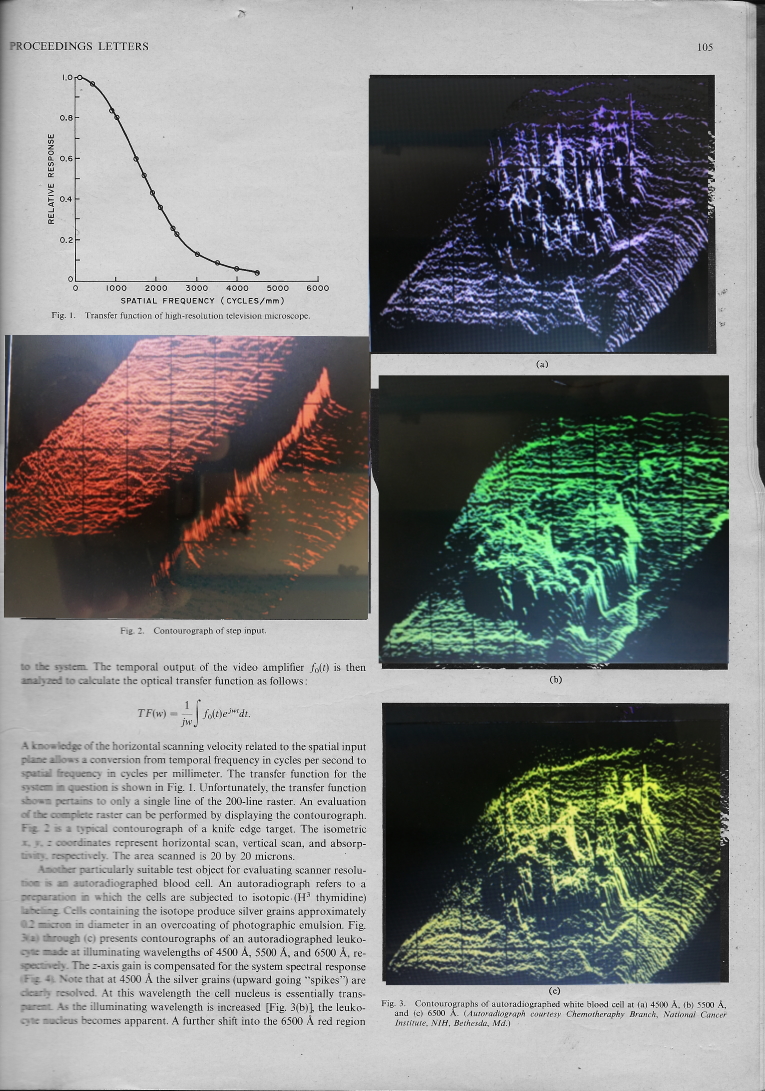 A NOTE IN A RESEARCH NEWSLETTER 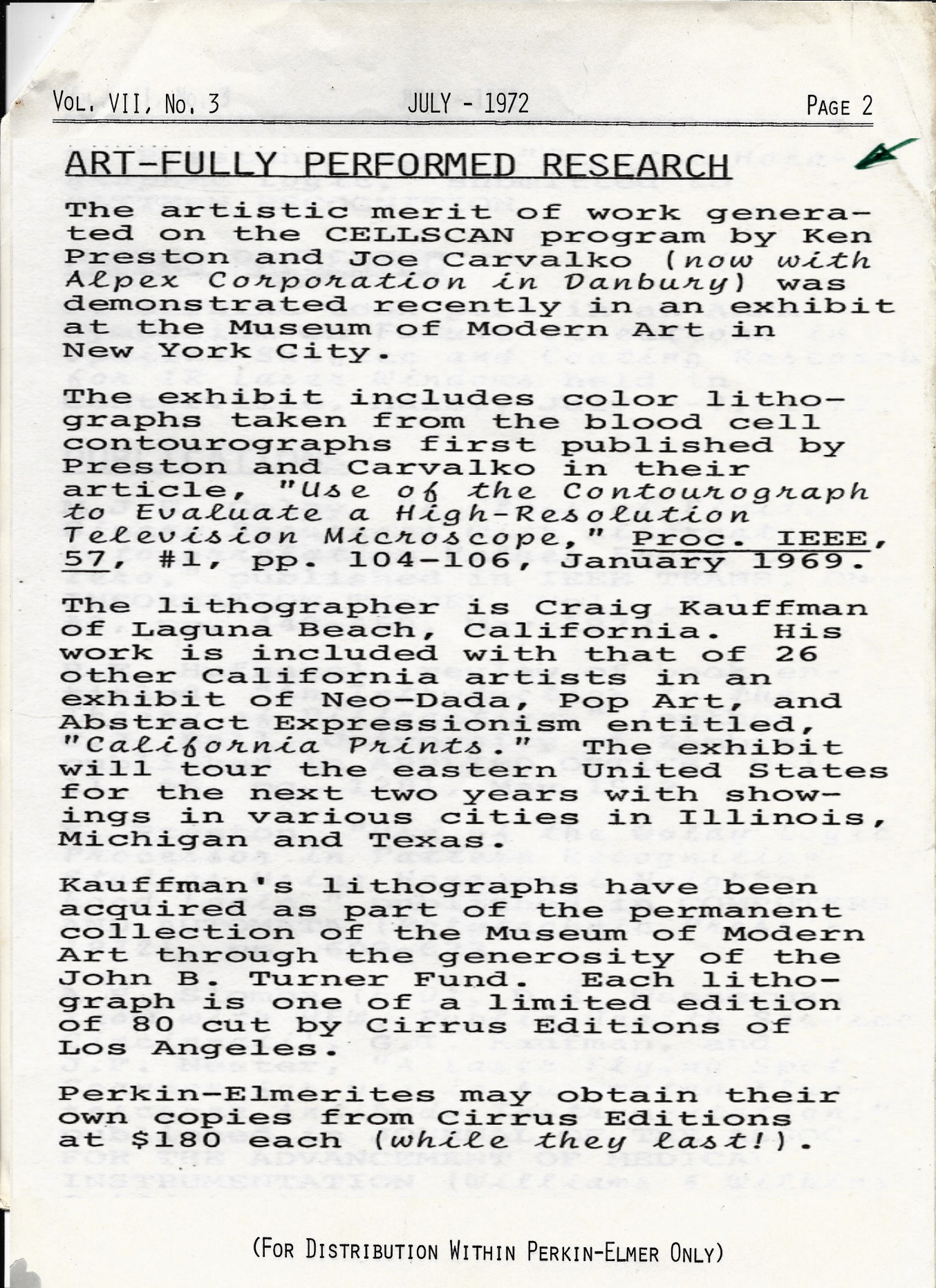 THE ARTIST OR MORE CORRECTLY THE PAINTER 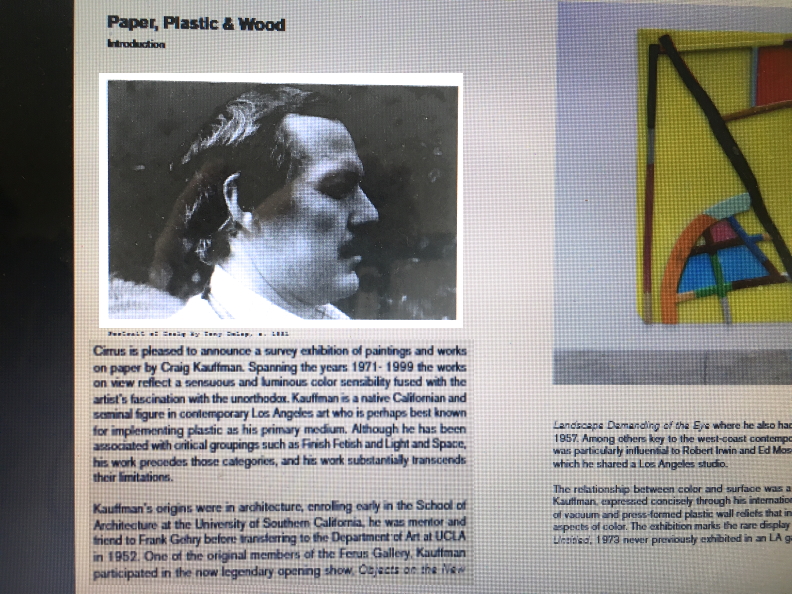